In Ecuador, expanding lab infrastructure to include structural biology and enzymology

The Universidad Técnica de Ambato (UTA) will celebrate its 50th anniversary in 2019.

Located in the city of Ambato in Ecuador's central valley, the university is surrounded by the high peaks of the Andes and a fertile agricultural region.

As a public technical university, UTA offers programming in many fields of science. The program in the science and engineering of food and biotechnology was the first of its kind in Ecuador, and it remains a national research leader.

Having world-class equipment in our labs will provoke a sense of belief and a sense of trust in our entire community. It will promote engagement in our students and motivate them to become self-regulated learners through life." 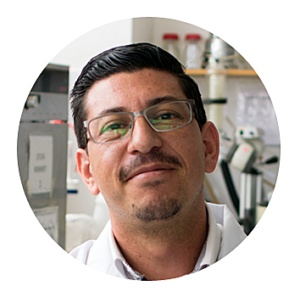 While working as a research assistant, he was responsible for collecting samples to study Chagas disease, an insect-borne parasitic disease endemic to Central and South America that is responsible for around 8,000 deaths per year.

He met many patients during this time, but one stuck in his mind: a man who refused treatment for the disease that he knew would cause his heart to fail in a few short years.

This man made the difficult decision to refuse treatment because the debilitating side effects would have prevented him from working during the time he had left, keeping him from earning money to support his wife and children after his death.

From that day forward, Dr. Téran Mera knew that he would devote his life to finding better drugs to fight neglected tropical diseases like Chagas. He chose to became a structural biologist, searching for new drugs by targeting the biology of specific parasites. 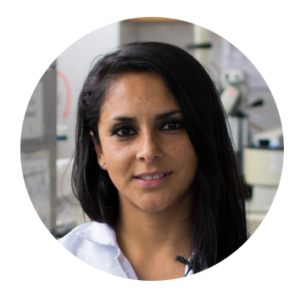 Now a researcher at the Universidad Técnica de Ambato, he and collaborator Dr. Liliana Cerda focus on understanding the enzyme pathways that parasites such as Trypanosoma cruzi (the parasite responsible for Chagas disease) and its equally lethal relatives rely on for replication.

The hope is to identify suitable targets for drug development that will prevent the parasites from multiplying without causing harmful side effects in their human hosts.

"The development of new drugs against trypanosomal disease is imperative," says Dr. Téran Mera. "There are only five licensed drugs to control these diseases. They all produce severe side effects, the treatment is long, the delivery is difficult, and the parasites are producing resistance."

Dr. Téran Mera and Dra. Cerda also collaborate on a project focused on enzyme pathways, with a very different aim: to break down potentially harmful waste products. Specifically, they are focused on agricultural and food waste, as well as plastics.

The goal is to keep harmful wastes out of Ecuador’s environment and food supply, and perhaps even to transform them into useful raw materials for other industries.

The Instrumental Access shipment will provide critical equipment and consumables to support both projects.

In addition, Dr. Terán Mera hopes to establish and equip a cell culture laboratory that will greatly accelerate progress, perhaps even allowing him to test new drugs on Ecuadorian parasites isolated at UTA.

When a student has the correct equipment to perform experiments, it is the first step to change society."

Equipment will help UTA expand its lab infrastructure to include structural biology and enzymology studies, and to establish a tissue-culture lab.

This will support practical teaching in courses such as biochemistry and structural biology, as well as a new research-based master’s program in collaboration with the government of Spain.