In Brazil, establishing a core facility for production and use of viral vectors

The Instituto do Cérebro (Brain Institute) at UFRN was founded in 2010 as a research and educational center for the neurosciences.

For students locally, the donation will mean having access to an internationally-competitive education at a public university in the Northeast of Brazil, instead of hoping for the first opportunity to leave the country for better working and scientific training conditions." 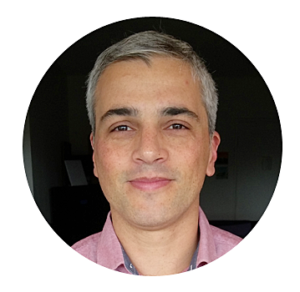 Tarciso Andre Ferreira Velho, PhD, an assistant professor at the Brain Institute, Universidade Federal do Rio Grande do Norte (UFRN), is seeking answers to one of neurobiology's mysteries: how do genetics impact how we learn to speak?

Working at the cutting edge of genetics, Dr. Velho's goal is to create an animal model that can be used to study language impairment in humans.

The species that he's chosen to work with is the zebra finch, a songbird that learns to vocalize through imitation, just as humans do.

"The ability to routinely perform genetic manipulations in songbirds will open unparalleled opportunities to study the relationship between genes and brain function in an animal species with a robust behavioral repertoire," says Dr. Velho. "Transgenic songbirds will allow us to generate more accurate animal models to study communication disorders."

Dr. Velho and his collaborators also anticipate that the zebra finch model will be useful as a model for autism, and to explore questions about the neurobiology of creativity.

Equipment from Instrumental Access will help Dr. Velho to establish a laboratory at UFRN to produce viral vectors, a critical tool for manipulating the genetic code of cell lines or whole animals.

Viral vectors are difficult to acquire in Brazil, as there are no commercial suppliers and reagents are challenging to import. Dr. Velho's lab previously depended on a collaborator at California Institute of Technology to supply them.

According to Dr. Velho, "the equipment from Seeding Labs will allow us to work independently, reduce the amount of travelling and costs, provide hands-on training for students, and most importantly, make these tools available to labs that otherwise will never gain access to them."

The viral vector core will enable our scientists and students to implement their ideas more freely without the financial, customs, and knowledge barriers imposed by their geographical location."

Equipment is needed to support a new lab dedicated to production and distribution of viral vectors for biomedical research, with the long-term goal of supplying a sizable portion of the Brazilian demand. Viral vectors are a critical research tool to which Brazilian neuroscientists and other researchers currently have limited access.

A related goal will be to facilitate training for researchers and technicians in the preparation and use of viral vectors.