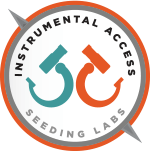 In the Republic of Congo, helping to rebuild research and teaching infrastructure destroyed by civil war

The Université Marien Ngouabi (UMNG) is the only public university in the Republic of Congo.

It is located in Brazzaville, the nation’s capital. Originally founded in 1971 as the University of Brazzaville, it has endured through political turmoil, including a civil war in the late 1990s that destroyed much of the city.

The Department of Biology is part of the Faculty of Sciences and Techniques. The department oversees three bachelor’s degree programs and four Master’s programs.

We are facing challenges in health, food, agriculture, and the environment. Students have to usually go to developed countries to see adequate equipment for doctoral theses. Having equipment will enable students to work. It will be a realized dream to work properly at home."

Despite significant progress over the last few decades, malaria still impacts 219 million people worldwide. It causes 435,000 deaths per year, most of them in Sub-Saharan Africa.

The Republic of Congo is one of the countries where the malaria epidemic is still raging. 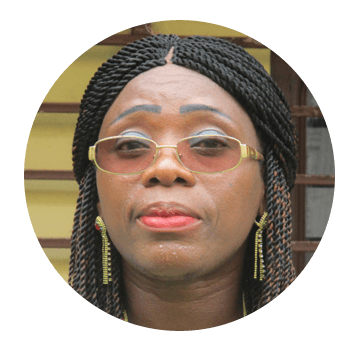 With support from The World Academy of Sciences, she and her students are analyzing samples from malaria patients attending three laboratories in Brazzaville.

Their goal is molecular characterization of the malaria parasites, which means a detailed analysis of their DNA.

Molecular characterization is important for three reasons. First, it provides a standard against which to compare visual identification of the parasites by technicians using microscopes. This is the usual basis for treatment decisions by doctors and other healthcare providers.

A decade later, it was "necessary to evaluate the impact of these strategies to see how successful they were and note any changes to the malaria parasites' genetic profiles," says Dr. Mayengué.

"Molecular characterization of malaria parasites is important because this allows evaluation of the impact of different interventions on malaria," she explains.

Dr. Mayengué’s initial data reveal that parasite identification remains inaccurate at the health centers she studied, with wide variation in quality. Additional training is needed for microscopists working in this area.

Second, molecular characterization enables researchers to monitor for the emergence of resistance to artemisinin and its derivatives, the most effective class of drugs currently used to treat malaria.

Resistance has recently emerged in Southeast Asia, but it is not yet widespread in Sub-Saharan Africa, where it would represent a major public health disaster.

Dr. Mayengué’s samples from Brazzaville have so far been reassuring on this front, showing limited evidence of the genetic variability associated with artemisinin resistance.

Third, an understanding of the genetic diversity of malaria parasites is critical to malaria vaccine development efforts.

With equipment from Instrumental Access, Dr. Mayengué hopes to complete her current studies and then expand them to more clinics, including some in rural areas of the country where very little is known about the state of the malaria epidemic.

One of the objectives of my research activities is training Master's and PhD students. However, the lack of equipment is one of the big limitations."

The Faculty of Sciences and Techniques was almost completely destroyed by a civil war in the late 1990s.

Because of limited resources, the university is still struggling to rebuild its infrastructure. Equipment is needed to support practical teaching and research, much of which currently takes place at off-campus facilities.