University of KwaZulu-Natal: Department of Pharmacy

The University of KwaZulu-Natal (UKZN) is among the top research institutions in South Africa with substantial existing infrastructure and expertise; it also acts as a hub for training scientists from Sub-Saharan Africa. The Catalysis and Peptide Research Unit within the Department of Pharmacy is a multidisiplinary research unit based in UKZN’s College of Health Sciences. Their work includes computational drug design, synthetic chemistry, bioanalytical chemistry, virology, and medical microbiology. 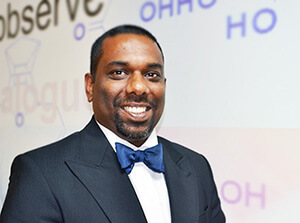 The World Health Organization launched a Global Action Plan on Antimicrobial Resistance in 2015, declaring antibiotic resistance one of the biggest threats to global health today. In the US alone, at least 2 million people each year become infected with bacteria that are resistant to antibiotics.

Dr. Govender is working to combat the threat of drug-resistant diseases as director of the Catalysis and Peptide Research Unit (CPRU) in UKZN’s Department of Pharmacy. Instrumental Access equipment will help the CPRU accelerate drug discovery and increase research opportunities for students in the pharmaceutical sciences.

Researchers at the CPRU will utilize equipment in their efforts to discover new antibiotics capable of treating infections that are resistant to existing drugs, specifically, carbapenem, which is the last line of defense against multi-drug resistant bacteria.

“Having worked with many students and researchers from across the world, I have found that its not intelligence that limits them but the access to infrastructure and proper training,” Dr. Govender says. “I believe that in order to facilitate dynamic research, we must have advanced equipment. This equipment will enable UKZN to set up routine testing for all researchers across the country who want to submit compounds for evaluation.”

"The impeding factor of research progression in Africa is not the people but the resources available for research. As evident in the publications produced annually from this research unit, with the limited resources available to the department, more equipment would not only unleash potential to do greater things but will motivate the researchers in the department to do more since to whom much is given, much more is expected."

Arrived at UKZN in September 2016. The shipment contained more than 3 tons of equipment donated by 28 US-based corporations, universities, and research institutes.