Located in Western Kenya, Moi University is Kenya’s second-oldest public university. The Department of Chemistry and Biochemistry is charged with teaching foundational chemistry courses for the entire School of Biological & Physical Sciences and graduate programs in Chemistry. The Department also has several partnerships, one of which is with a private firm aspiring to establish a fertilizer manufacturing plant that could have significant impact on the entire region.

Most of the department’s research focuses on product development for industry and agriculture. Faculty are working on developing products like pesticides, insecticides, pharmaceuticals, and specialized textiles. The department also recently led a successful university-wide effort to obtain funding from the World Bank to establish a Centre of Excellence in Phytochemicals, Textiles and Renewable Energy.

Finding Hidden Potential in an Ecological Scourge: Dr. Were Munyendo 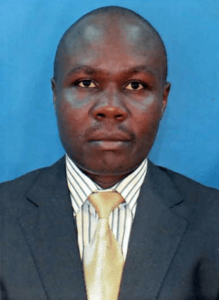 Familiar to most Americans as a prized source of smoke for outdoor cooking, mesquites are hardy trees and shrubs native to the southwestern US and Mexico. With sharp thorns, deep root systems, and the ability to fix their own nitrogen, these plants are exquisitely adapted to survival in arid climates.

Mesquites were imported into arid regions of Africa, Asia, and Australia in a misguided attempt to curb erosion, but they are now wreaking ecological havoc by invading grasslands and out-competing native plants.

The International Union for Conservation of Nature considers the honey mesquite to be one of the world’s 100 worst invasive species.

Where others might see blight, Dr. Were Munyendo, sees an opportunity. A lecturer at Moi University, Dr. Munyendo is researching strategies to turn one of the mesquite’s most impressive adaptations to desert life into an asset.

Mesquite leaves are packed with flavonoids, antioxidant chemicals that act as a natural sunscreen that protects the plant’s DNA from being damaged by the intense sun of its native landscape.

Together with collaborators at the Laboratoire d’Étude et de Recherche sur le Matériau Bois (LERMAB) at the Université de Lorraine in France, Dr. Munyendo is investigating if flavonoids from mesquite can be converted into marketable products for the pharmaceuticals, agricultural, and cosmetics industries.

Dr. Munyendo and his students are applying their knowledge of theoretical chemistry in hopes of finding a productive use for a species known by many Africans as the “devil tree.”

"In developing countries where resources are limited, delivery of knowledge becomes cumbersome in practical sessions of the science-based programs at the university. With equipment, learning activities shall be significantly enhanced."

With large and growing student numbers, the department needs equipment to support enhanced practical teaching for undergraduates, which currently takes place in large groups and without hands-on participation for every student.

Equipment will also be utilized by graduate students, most of whom currently travel to other institutions to conduct research.