Founded in 1970, the Université d’Abomey-Calavi (UAC) is the oldest and largest university in Benin. The Laboratory of Genetics, Horticulture, and Seed Science at UAC is part of the School of Plant Sciences. It was established to support research and teaching focused on horticulture and seed science.

The lab building was constructed and furnished exclusively using funds raised by students and staff. It is adjacent to about 1 acre of experimental fields that are used to showcase agronomic practices and provide hands-on training to students and community members.

"For the last 3 years, my research team and I struggled a lot to gather resources and build the laboratory we are currently occupying because we believe that only science can help change life in Africa."Dr. Enoch Achigan-Dako, Associate Professor in Genetics and Plant Breeding at the Faculty of Agronomic Sciences, UAC

Hunger already impacts around a billion people worldwide, and climate change is expected to make it even more difficult for agricultural systems to keep everyone fed.

As a poor country where most of the population depends on subsistence agriculture, Benin is especially vulnerable. 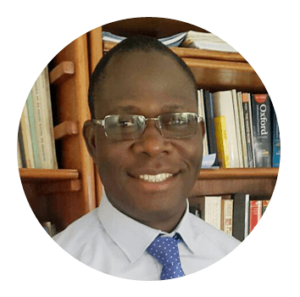 Enoch Gbenato Achigan-Dako, PhD, Associate Professor in Genetics and Plant Breeding at the Faculty of Agronomic Sciences at UAC, believes that one possible solution to the challenge of feeding Africa’s future can be found in its recent past.

Hardy, nutritious, and drought-tolerant crops were cultivated for many generations in Africa before falling out of favor in modern times. It may be time to take another look.

"One of the main research focuses of our laboratory is to promote the cultivation of traditional vegetables using modern breeding approaches," says Dr. Achigan-Dako.

In particular, he has set his sights on breeding Gynandropsis gynandra, for West and East African markets. It's a nutritious leafy vegetable sometimes referred to as spider plant or African cabbage, and by a wide variety of regional names.

G. gynandra has an extremely short growth cycle, which means that it can be harvested a mere 6 weeks after sowing—a quality that should make it very profitable to grow. However, farmers have complained in the past of low leaf yields, poor seed germination, and susceptibility of the crop to pests and disease. Consumers who are no longer used to eating spider plant may also need to be convinced of its benefits.

Dr. Achigan-Dako and his team aim to develop cultivars, or different strains, of the crop tailored to meet farmers' and consumers' preferences.

"The results from our research will provide farmers with improved cultivars and consumers with accurate information about the health benefits associated with regular consumption of the species," he says.

The project involves an international team of collaborators in Benin, Kenya, and the Netherlands. It is funded primarily by NWO-WOTRO, a Dutch government program.

Additional funding from the EU's Intra-Africa Programme and the Schlumberger Foundation will support three graduate students from UAC to pursue G. gynandra research at the University of KwaZulu-Natal in South Africa (a two-time Instrumental Access awardee) and Wageningen University in the Netherlands.

The team in Benin is currently responsible for some of the lab work, which relies heavily on modern equipment. He hopes the Instrumental Access shipment will expand and strengthen the capabilities of the Laboratory of Genetics, Horticulture, and Seed Science at UAC. In particular, Dr. Achigan-Dako is excited about the transformative impact of a fluorescent microscope:

"The impact of such an equipment on our research will be just revolutionary! The capacity to observe and analyze the plant—host interactions; to discover the stigmata and pollen grain structure, architecture, and development; the possibility to observe very small living organisms that are harmful to crops... One of our research papers was recently rejected because we failed to provide detailed and precise image of our results though the knowledge generated was tremendously important in science. Such a lack of equipment is just a seriously drawback to scientific progress that is needed to change lives in Sub-Saharan Africa."

"I have brilliant students. They long to practice what they learn in theory and are eager to use advanced technologies to transform the quality of life in rural settings, where poverty is more and more unbearable. My main challenge and fear is that on many occasions, I am not able to provide the minimum access needed to practice laboratory experiments." Dr. Enoch Achigan-Dako, Associate Professor in Genetics and Plant Breeding at the Faculty of Agronomic Sciences, UAC

UAC is seeking support to better equip its Laboratory of Genetics, Horticulture, and Seed Science, a research and education unit devoted to using the tools of modern science to strengthen agriculture in Benin.

The UAC shipment will be Seeding Labs’ first to Benin.