Department of Horticulture and Crop Production

The University of Energy and Natural Resources (UENR) was established by the Ghanaian government in 2011. Its mission is to provide leadership and management of energy and natural resources through interdisciplinary approaches.

Established in 2014, the Department of Horticulture and Crop Production is the newest department of the School of Agriculture and Technology. The department offers an undergraduate program in general agriculture with options for students to focus in crop production, horticulture, pathology, entomology, agronomy, and post-harvest technology.

This equipment will be put to good use, helping us move from theory-based to practical teaching. Students who used to fear science because of the theory-based teaching will begin to love it once they can start using the equipment."

Farmers in the Bono Region of Ghana have pest and disease problems. And those pests are targeting one of the fastest-growing crops in the country: cashews.

Since 2000, cashew nut production has increased fourfold across Africa. Because cashews are harvested when other staple crops, such as maize, are dormant, the increase in cashew production is vital to lifting many Ghanaian farmers out of poverty.

But farmers cannot survive if their crops are routinely destroyed by invasive pests. 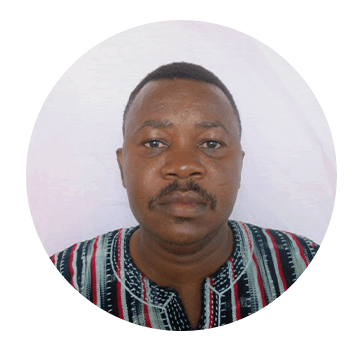 Dr. Abdulai Muntala (right), lecturer in the Department of Horticulture and Crop Production at UENR,  is focused on working directly with small-scale farmers in the region to address the issues hampering their crop production.

"This project started at the request of the cashew farmers," he explains. "Cashew farmers had been complaining of decreased yields and strange diseases they observed on their cashews. Being the only research institution in the area, they contacted us to help them solve the mystery."

Dr. Muntala has collected numerous samples for analysis and identified several pathogens. But the department's existing lab infrastructure is simply unsuitable for an investigation into what, exactly, is causing the cashew diseases and how to most effectively combat it.

And the problem is widespread. "Cashew disease and pest outbreaks in the Bono Region of Ghana are of concern to every cashew farmer in the country," Dr. Muntala says.

Though the department has ample space, the laboratories lack equipment. Researchers send samples for analysis elsewhere at considerable expense, work with the tools they have on hand, or travel nearly 2 hours to UENR's main campus.

Instrumental Access equipment will help establish a critically-needed laboratory on UENR's Dormaa Ahenkro campus. One research priority will be to efficiently address the needs of the local farmers, potentially saving their dwindling cashew yields and providing economic security.

"Mostly my work involves molecular diagnosis of plant pathogens, but because of a lack of equipment my colleagues and I cannot do our diagnostic work," says Dr. Muntala. "With equipment from Seeding Labs, we will be able to see an end to the delays in our projects." 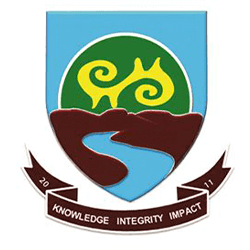 Situated on the Dormaa Ahenkro campus, the Department of Horticulture and Crop Production is more than 80 km from the UENR main campus in Sunyani. The ample lab space lacks equipment, so researchers are forced to travel nearly two hours between campuses for lab access.

Equipment will help the department provide hands-on training to students who are currently studying agriculture. It will also support plans to develop new undergraduate programs in sustainable agriculture and land use management.

In preparation
Support this Shipment