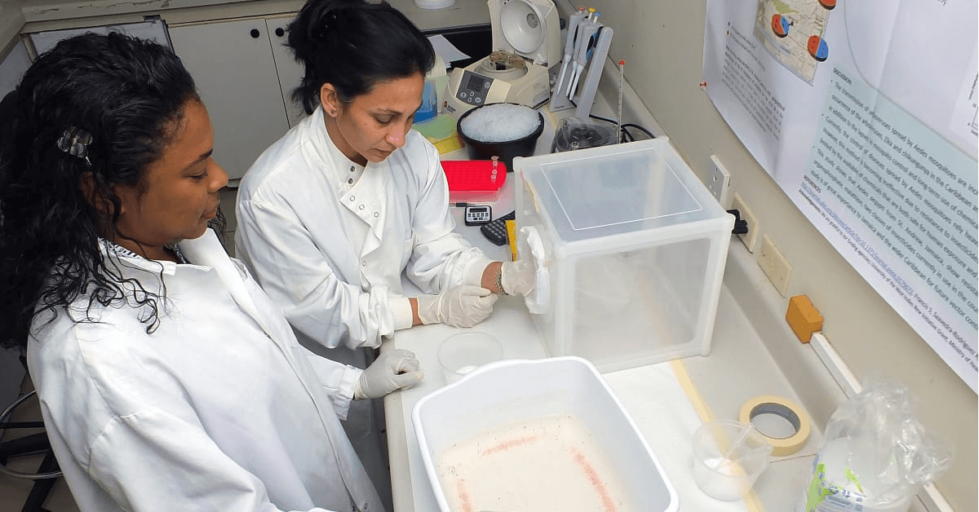 With equipment from Instrumental Access, talented scientists in Jamaica have accelerated their efforts to control disease-spreading mosquitoes

There are no vaccines for mosquito-borne viruses like Zika, chikungunya, and dengue. When an epidemic of just one of these illnesses strikes Jamaica, it can sicken thousands at a time.

Insecticides have been deployed by the government as the main prevention tactic for decades. But in recent years, mosquitoes have begun to fight back.

Across Jamaica, they are evading efforts to reduce their population by developing resistance to the most commonly used insecticides.

Their clever defense has renewed the urgent quest for new, effective methods of eliminating mosquitoes.

Dr. Rupika Delgoda, head of the Natural Products Institute (NPI) at the University of the West Indies (UWI) in Jamaica, believes that a solution lies within Jamaica's diverse ecosystem.

Dr. Delgoda has innovative ideas to examine indigenous plants and natural products found on land, in the sea, and even in microbial sources. The NPI has talented scientists eager to tackle the problem.

So what’s held their research back? A lack of specialized lab equipment.

"A Sight to Behold"

Over 15 years, as part of the founding team at the NPI that built it from the ground up, Dr. Delgoda has been equipping her lab with a few instruments each year.

“Ten years of equipment came all at once,” says Dr. Delgoda. “My students were in heaven! They were shocked. It was a sight to behold.”

The NPI’s labs are now stocked with crucially-needed instruments including an insect incubator, ultracentrifuge, PCR machine, and an HPLC-MS, and useful supportive instruments such as an ice maker, water bath, and shaker.

Twenty-seven US-based donors contributed equipment to the shipment, which contained tools that would cost upwards of a half-million dollars to replace.

In less than a year, thanks to Dr. Delgoda and her team’s determination—and a boost from Instrumental Access—the NPI has seen positive impacts.

“Our productivity and capacity have drastically increased,” she says. 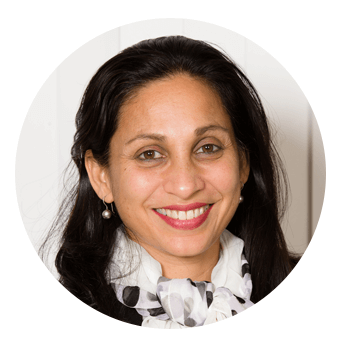 "It's not even been a year and I can see the rolling effects that will come from the equipment. By enabling us, you excite and invigorate science and technology in our country, region, and globally."

With new equipment in hand, several NPI projects that were stalled are now back on track and making exciting progress.

Before the equipment from Seeding Labs arrived, Dr. Francis was traveling to the US and England to further the research.

Together with support from collaborators at Colorado State University, they are working to understand how insecticide resistance has spread through Jamaican mosquito populations so that the insects can be more effectively targeted and eliminated. 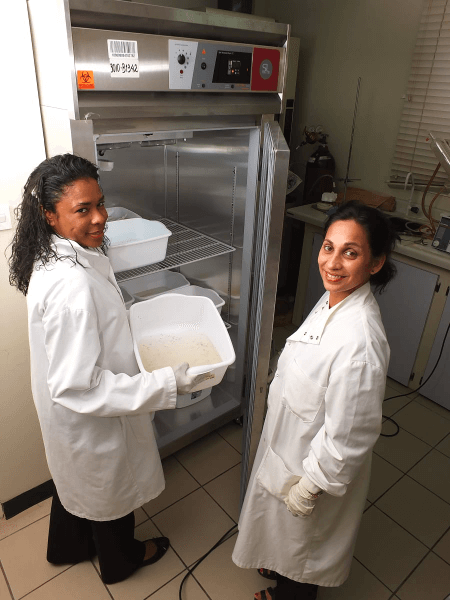 Since receiving equipment from Seeding Labs, Dr. Sheena Francis (left) and Dr. Rupika Delgoda (right) have the tools they need to expand their research.

The equipment from Seeding Labs has allowed the project to be expanded beyond the work initially carried out at Colorado State University, where Dr. Francis was a visiting research fellow in 2016.

“Understanding the magnitude and mechanisms of insecticide resistance is a critical step to curbing the impact of mosquito-borne illnesses in Jamaica,” Dr. Delgoda says.

Drs. Delgoda and Francis hope to use this knowledge to identify alternative insecticides that will effectively eliminate mosquitoes, and in turn, reduce rates of disease.

This work is supported by the Mosquito Control and Research Unit, a new institute developed in collaboration with UWI, the Jamaican Ministry of Health, and other government bodies. Dr. Delgoda forecasts the institute’s reach is likely to expand across the Caribbean.

The influx of equipment has also provided a foundation for Dr. Delgoda’s team to win new research funding—the fuel that will keep the NPI charging ahead.

In January, she won a grant from the governments of Jamaica and South Africa to support science collaboration between the countries. Dr. Delgoda’s graduate students have also been awarded grants from the Jamaican Ministry of Health.

These awards would not have been possible without the Instrumental Access equipment, she says, and has enabled the NPI to take on more students for training.

“The presence of equipment so needed by our institute increases the critical mass of skilled minds focused on solving our country’s issues,” Dr. Delgoda says. “It’s happened right in front of our eyes in the last few months with the arrival of equipment.”

Scientist at the NPI have also been sharing equipment with local scientists outside the Institute and expanding their collaborations.

NPI researchers and collaborators have other projects examining the value of natural products in cancer prevention and treatment, hypertension, diabetes, ethno-medicine, and prevention of drug-herb interactions.

Photo at top:  Dr. Rupika Delgoda (right) and Dr. Sheena Francis (left) are able to accelerate their research fighting mosquito-borne diseases thanks to equipment the NPI received from Seeding Labs.