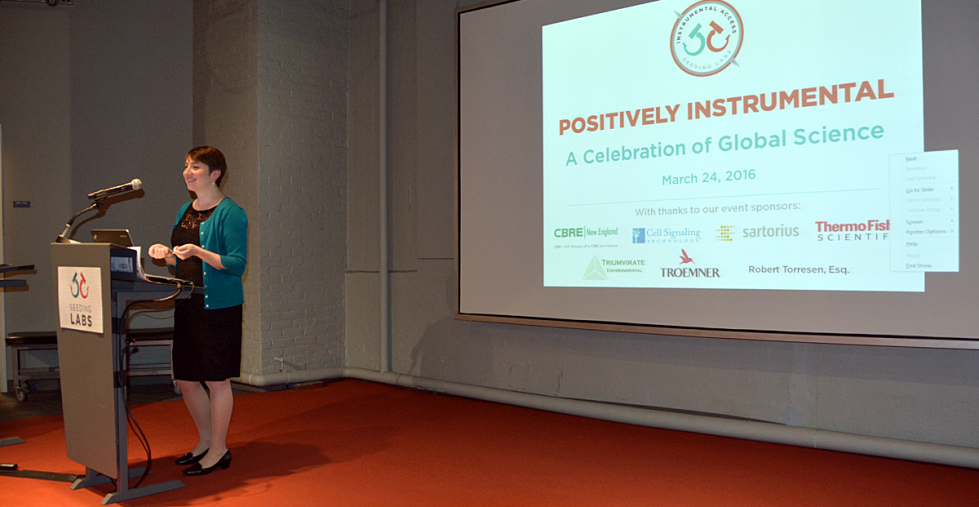 On March 24, Seeding Labs, an organization that aims to equip all scientists with the tools, training, and connections they need to be on the cutting edge of global discovery, hosted “Positively Instrumental,” a celebration of the 16 exceptional university departments selected for its 2016 Instrumental Access program, as well as the Seeding Labs’ community of supporters.

The event, which was held at the MIT Museum in Cambridge, MA, also honored five outstanding corporate donors whose contributions of equipment donations, funding, and volunteer time provided crucial support to Instrumental Access and Seeding Labs in 2015.

This year’s Instrumental Access program received 67 applicants from 25 developing countries around the world. Through the competitive application process, Seeding Labs identified these 16 awardees as having the most potential to use equipment to advance cutting-edge research, expand training opportunities for students, and build the infrastructure that’s critical to a thriving scientific community.

The 2016 Instrumental Access recipients represent the most talented global scientists in the developing world who will leverage donated equipment for a positive impact in their regions and beyond:

From Latin America and the Caribbean:

From East and Central Africa:

From West and Southern Africa:

These life sciences and manufacturing corporations have provided critical support to advancing Seeding Labs’ efforts while demonstrating their commitment to corporate social responsibility as a means of catalyzing global science.

“Positively Instrumental was a tremendous opportunity to thank our corporate partners who helped us achieve our best year for equipment donations in Seeding Labs’ history. We were also thrilled to introduce the dedicated global scientists who will use the donated equipment to make meaningful scientific advances,” said Seeding Labs Founder and CEO Nina Dudnik, PhD.

“Despite the successes we celebrated, the widespread interest in Instrumental Access signals that the need is great for researchers in developing countries. We must continue to invest in these talented individuals to support scientific breakthroughs at a local level that can have global impact,” she adds.

Dudnik spoke at the event, along with 2016 Instrumental Access recipient Kingdom Kwapata, PhD, lecturer in the Department of Biotechnology at Lilongwe University of Agriculture and Natural Resources in Malawi [view Dr. Kwapata’s remarks]. Annica Wayman, PhD, Division Chief for the Research Partnerships for Development Team in the US Global Development Lab at USAID (funder of Seeding Labs) also spoke. The event was emceed by Ari Daniel Shapiro, PhD, science reporter and multimedia producer for NOVA and public radio.