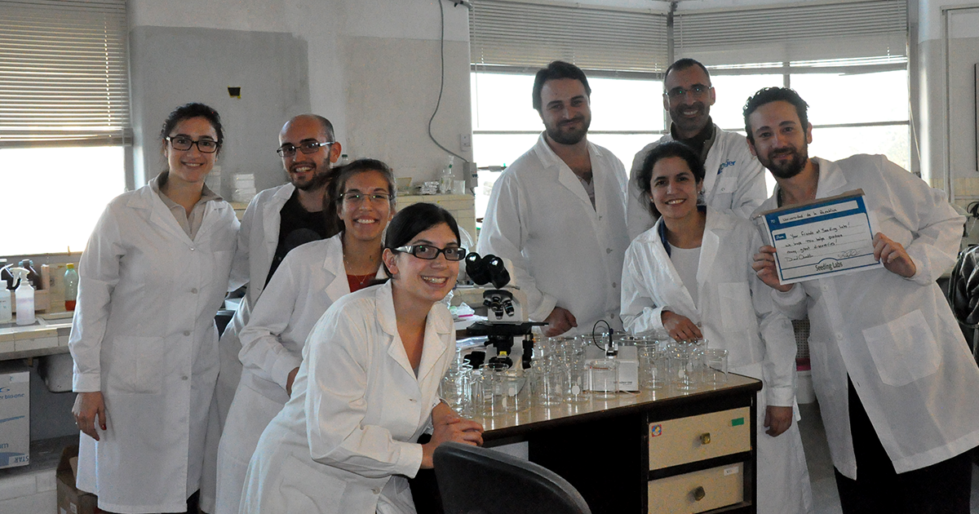 A breakthrough discovery in the potential treatment of parasitic worms. Diagnostic services for a global pandemic. Eight years and counting of quality hands-on education.

When the Department of Biological Sciences at the Universidad de la República in Montevideo, Uruguay, received an Instrumental Access award in 2014, none of these outcomes were foreseeable, let alone probable.

Yet Gustavo Salinas, PhD, and his colleagues can look back at these years and feel the difference they have made. For themselves. For Uruguay. And for the scientific study of a parasite that infects nearly a quarter of the world’s population each year.

In science, breakthroughs and successes are announced with fanfare, seemingly arising as fully formed conclusions. But for every article or newsworthy discovery, there are years of meticulous planning and research that go unheralded outside the lab. Dr. Salinas understands his department’s progress for what it is—scientific advancement through patience and persistence.

An investment in the future 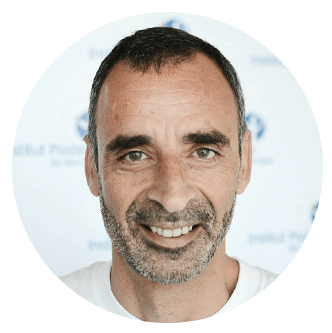 Dr. Salinas trained at the University of Cambridge and had already received a prestigious postdoctoral fellowship when he returned to his home country of Uruguay. He knew at the time that this decision meant leaving some of the world’s best-funded labs for those that lacked many necessary instruments, but he was committed to coming home.

When his department applied for and received an Instrumental Access award in 2013, Dr. Salinas said he wanted to quickly update the instruments so the students and faculty could make progress in their research. What he found was support for their work on a much broader scale.

“The Instrumental Access award was great because there was so much support for the lab as a whole. We had a lot of needs but not much to help us acquire it,” he says. “When the shipment arrived, there were so many pieces. And they have been very useful.”

These parasitic worms—which include roundworms, hookworms, and whipworms—infect nearly 1.5 billion people each year. Untreated, they can cause malnutrition and impair development, especially in young children.

Part of the reason these parasites are so successful is that they can survive without oxygen for long periods. But it is only very recently that scientists have begun to understand how they do this.

Although anaerobic respiration is not unique to STH, the method by which they transport electrons—and therefore harvest energy—is something altogether different, as Dr. Salinas and collaborators have demonstrated.

These particular worms have an alternative electron transport chain. Just as in human cells, STH create energy using a lipid called ubiquinone (UQ). In anaerobic respiration, however, STH switch to an alternative called rhodoquinone (RQ), which scientists initially believed was derived from UQ.

Dr. Salinas and his colleagues discovered that this assumption was not correct. Rather, they identified that the switch to RQ happens because of a gene splice variant, specifically of the coq-2 gene. 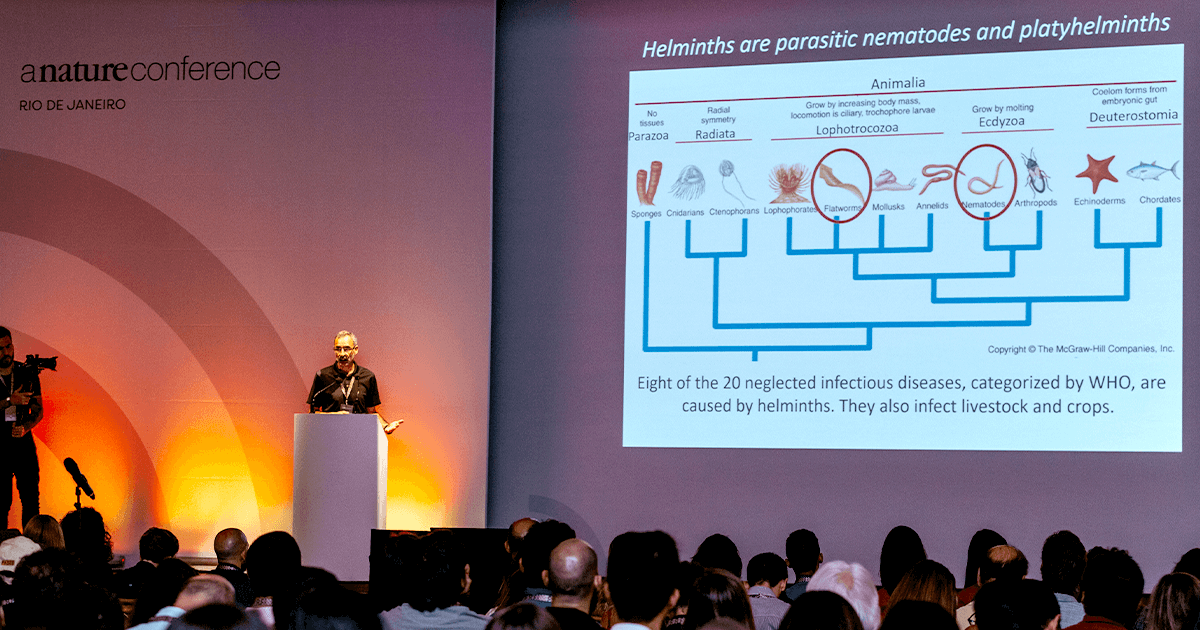 Dr. Salinas presenting his research on STH in 2019

Humbly, Dr. Salinas says that their findings so far are “modest,” but the potential impact of their discovery is truly exceptional.

By understanding the precise mechanism for how STH are able to harvest energy while living in the human body, scientists may be closer to unlocking the most effective treatment against the parasite-host relationship.

Preventing the disease, he says, is a matter of education and hygiene, but treatment is different. Treating a parasitic infection caused by STH could pivot when knowing the exact ways in which they thrive. It might mean knowing which electron transport mechanisms to target so they can find the most effective way to stop them from creating energy while in a host.

While this breakthrough is one of the most significant to come from República, Dr. Salinas recognizes the immeasurable benefits that have resulted from having greater access to scientific equipment.

Everything—from consumables and glassware to centrifuges—has been fundamental in establishing the department’s status as a reliable and impactful center for research and education.

In the initial wave of the COVID-19 pandemic, the department was poised to offer diagnostic services to Uruguay’s Ministry of Health. Whereas many labs were not equipped to handle the rigorous testing that was necessary to keep pace with the virus’s spread, scientists in the Department of Biological Sciences had the tools and the talent to meet the need.

Meanwhile, the department has steadily offered both basic and advanced courses that allow students to work with the Instrumental Access equipment, gaining valuable experience with the kinds of instruments that are cornerstones of STEM careers. 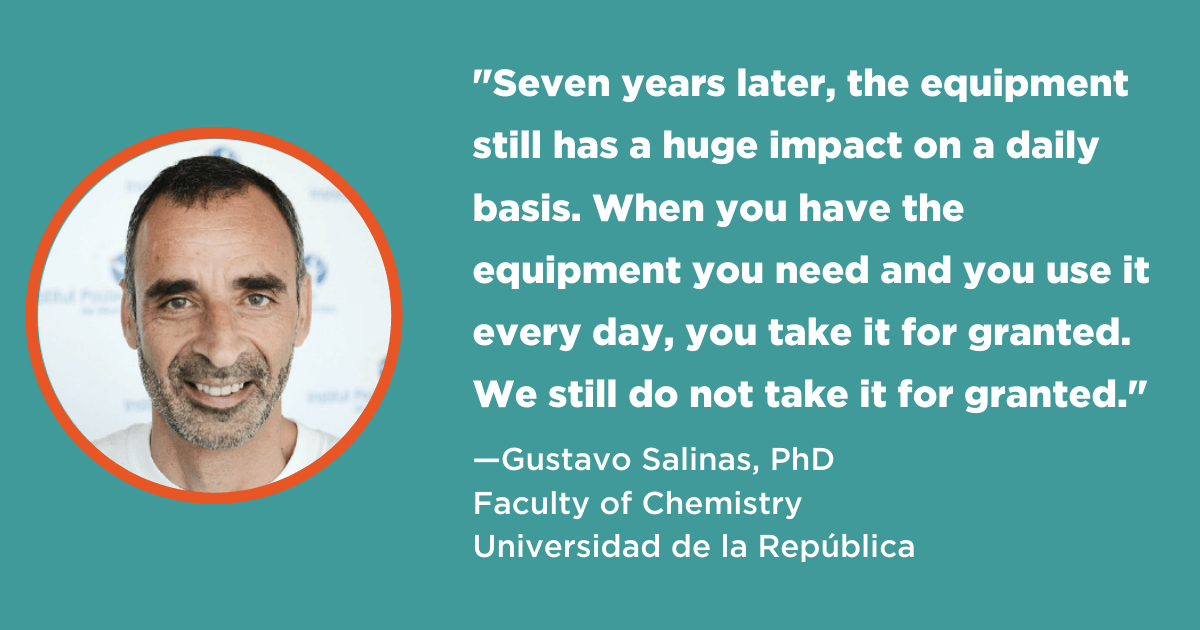 Science for the public good

Each year in Uruguay there is a national day celebrating science. The doors at República open to the public so everyone can see how experiments are done in the lab. People can examine specimens or ask questions to some of the leading experts in their fields. In short, it is a day to celebrate Uruguay’s scientific achievements.

It is a testament to Dr. Salinas’ perseverance that research on STH has advanced so far. It is no exaggeration to say that what he and his collaborators have uncovered is a big step forward in treating these parasites that infect so many.

Yet he would be the first to tell you that having the right equipment opened many more doors for his department at República. With instruments in place, they can demonstrate the power of science to so many more people.

During the national day of science, people from all walks of life come to the lab at República. They look through the lenses of microscopes. They witness experiments designed to improve life for everyone. The faculty in attendance are no less brilliant than they were a decade ago; they have simply used the right tools and followed where that brilliance led them.