The Maharaja Sayajirao University of Baroda: Department of Microbiology and Biotechnology Centre

The Maharaja Sayajirao University of Baroda (MSU) is the largest university in western India’s Gujurat state. MSU traces its history to 1881 and was recently rated as an A-grade university (the highest ranking) by India’s National Assessment and Accreditation Council. The Department of Microbiology offers graduate programs in Microbiology and Biotechnology.

Ongoing faculty research projects focus on infectious and autoimmune diseases such as leprosy, TB, and lupus; antimicrobial resistance; toxicity of molds; and bioremediation of pollutants by soil bacteria. 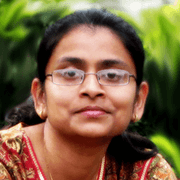 Lupus is a poorly-understood autoimmune disease in which an individual’s own immune system attacks healthy tissue, including joints, skin, blood cells, and major organs. Afflicting 5 million people worldwide, its variable symptoms make it difficult to diagnose, but it is often debilitating and sometimes fatal.

Women are 6 to 10 times more likely than men to be impacted, and the disease is more common and often more severe in African, Asian, and Native American populations.

Ratika Srivastava, PhD, assistant professor at MSU, has set out to investigate new drugs to help alleviate lupus’ symptoms. “Helping society through new inventions and innovations attracted me to become a scientist,” she says.

Her most recent research has discovered a compound that successfully down-regulates a key enzyme involved in the immune system’s attack against healthy cells in the body–a potential drug target she is working to validate.

At MSU, Dr. Srivastava’s academic appointment was made through a special government initiative, the Faculty Recharge Program, which aims to recruit faculty with active research interests while maintaining an emphasis on teaching.

Not only is Dr. Srivastava excited that her research has the potential to alleviate suffering, but she’s thrilled to see that her research attracts funding that helps her students, and has ripple effects with national implications.

“Seeding Labs will be providing resources to our motivated students to excel in their career, allowing them to strengthen our nation’s human resources,” she says.

"Our department can play a very crucial role by providing quality education and training to young minds to work in the field of applied sciences to innovate, invent, and become quality manpower to the R&D sector in India."

G.A. Archana, PhD, Head of the Department of Microbiology, MSU

The department's participation in Instrumental Access is being financed in part by the Indian government's Faculty Recharge Program, which aims to improve research-oriented teaching at Indian universities. Equipment is needed to establish a new lab for faculty and graduate student research in the areas of drug discovery and molecular medicine.
About Instrumental Access Get involved with Seeding Labs