Sokoine University of Agriculture (SUA) was established in 1984 by the government of Tanzania to offer training in agriculture and allied sciences. It is consistently ranked as one of the top universities in Tanzania.

Part of the Solomon Mahlangu College of Science and Education, the Department of Biosciences is geared towards creating a critical mass of well-educated secondary school science teachers and competent research scientists. The department graduates 500 new science teachers per year and will soon be launching an MSc in Education.

Research priorities at the Department of Biosciences include water quality and infectious diseases of poverty, with particular focus on the pork tapeworm (Taeniosis/Cysticercosis).

In a country that borders three of the world’s largest freshwater lakes, it may seem surprising that many Tanzanians lack access to clean water.

In much of the country’s vast and arid interior, most people rely on untreated groundwater accessed via wells and boreholes. Outbreaks of waterborne diseases such as cholera, 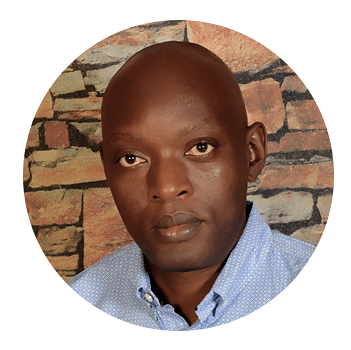 typhoid, and diarrheal diseases are common and exact a terrible toll.

Douglas Werasimbo Mushi, PhD, a lecturer at SUA, believes that it's time to focus on which pathogens are lurking in the water supply—and how to keep them out.

"This project was put in place after frequent occurrence of typhoid fever and cholera in Morogoro region, Tanzania," says Dr. Mushi. "My research team seeks to comprehensively understand the sources of pathogens in groundwater and to suggest appropriate remedial actions that will fix the problem of waterborne diseases."

Since the source of contamination that poses the biggest risk to health is feces from humans and animals, Dr. Mushi and a collaborator at the University of Bonn in Germany have chosen to focus first on tracking the sources of fecal pollution that makes its way into groundwater.

They have begun collecting samples of groundwater and soil in the areas surrounding a particular aquifer so that the source of any detected contamination can be pinpointed more accurately.

Dr. Mushi hopes the Instrumental Access shipment will provide equipment that can be used to process and analyze water and soil samples locally instead of sending them off-site, which would save time and money and also create opportunities to involve more students.

Eventually, he hopes to expand microbial source-tracking studies to include additional aquifers as well as untreated surface waters, which are typically an even riskier source of drinking water.

"Support of laboratory equipment from Seeding Labs will smooth the college’s obligation to provide education to the community, to produce large number of good quality science teachers, and to conduct scientific research of internationally-accepted standards." Dr. Charles Moses Lyimo, Head of the Department of Biosciences, SUA

Since 2015, the Tanzanian government has been working to increase enrollment in secondary education. The success of these efforts is exacerbating a shortage of trained science teachers. Equipment is needed to provide hands-on training and research experience to the teachers who will inspire a new generation of Tanzanian scientists.